Themes:
Role of Connecticut in U.S. History, The Impact of Geography on History

This activity will lead students on a virtual “hike” through the local geography and history of King Philip’s War. The Metacomet Trail may be a popular hiking trail today, but it has historical significance that many local residents are unaware of. The trail is named for the 17th-century Wampanoag leader Metacom, called “King Philip” by the English. The conflict known as King Philip’s War (1675-1676) was fought primarily over land and fair treatment under English laws, but also over whether the English would dominate the region. Most of the fighting took place in Rhode Island and Massachusetts, but there were also conflicts in Connecticut, including the destruction of the abandoned town of Simsbury in March 1676. In completing this activity, students will experience place-based learning and gain local historical and geographical knowledge through the exploration of topographical maps, analysis of written sources, and the creation of presentations with peer review.

What role does geography play in conflict? 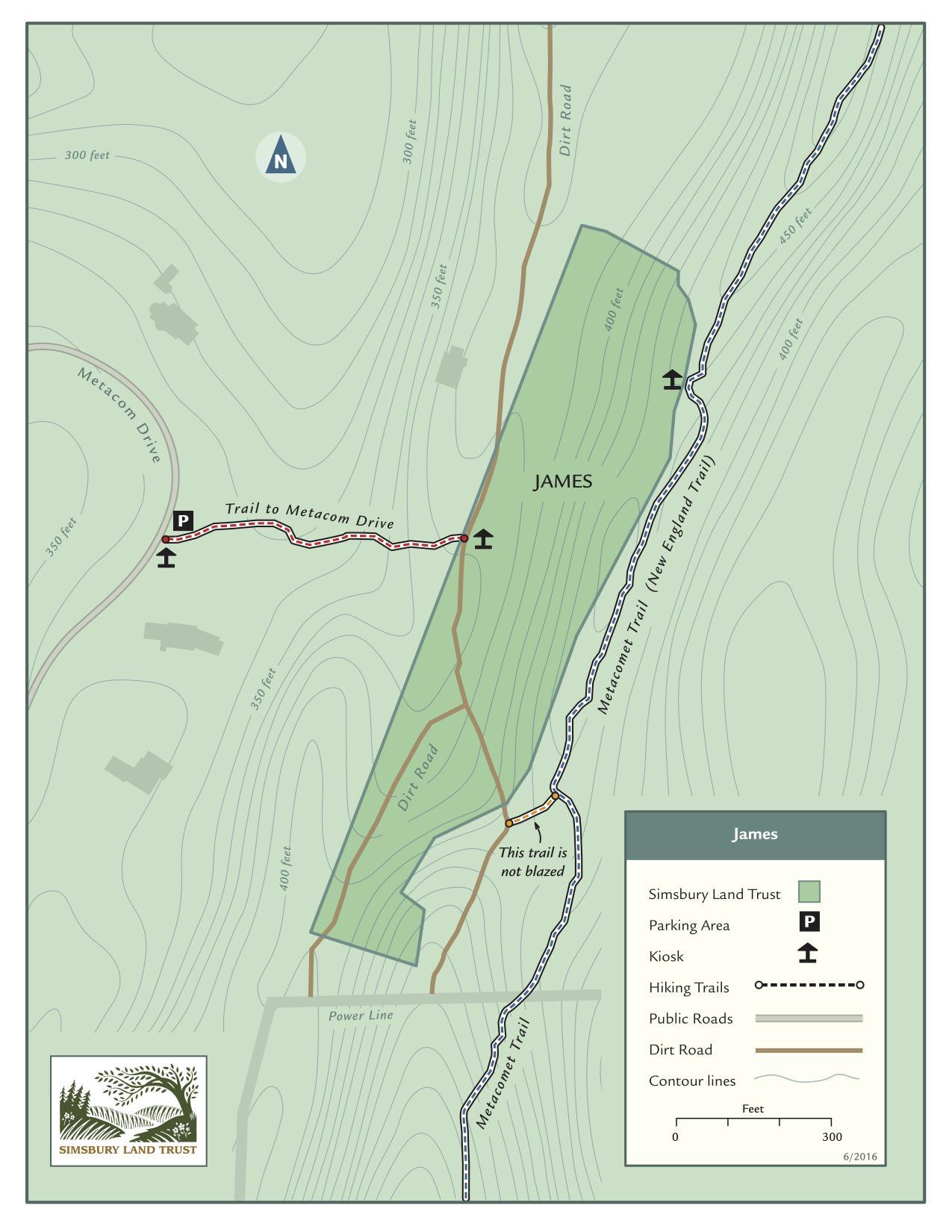 Topographical map of the James property and section of the Metacomet Trail in Simsbury, Simsbury Land Trust, 2016. “Simsbury at the Time of King Philip’s War” by Rebecca Furer, 2021.

1. Ask students to complete this custom Placemat Consensus Kagan Structure activity to explore their prior knowledge of maps.

Break the class into groups of 3-4 students, making sure each student has a paper and pen/pencil or someplace to write. Explain that after you read the question, students will have 7 seconds to think and then 30 seconds to write. Read the first question aloud: “What are maps used for?” Have students share their responses within the group and then share any similar answers with the whole class; record the responses, highlighting those that are similar across multiple groups. Repeat the process with the second question: “How are hills, mountains, and uneven land shown on maps?”

Start by providing some background information about topographical maps. (Elevation is the height above sea level. Topographic maps show the shape and elevation of mountains, valleys, and plains and have many uses. Architects, builders, city planners, engineers, hikers, scientists, and skiers all use topographic maps regularly.) Show the “Topographical map example from the National Wildfire Coordinating Group” from the toolkit and explain that the lines on a topographic map are called contour lines. The contour lines show the elevation at each position. Contour lines that are spaced far apart show a gentle slope. Contour lines that are close together show a steep slope. Show students the “Topographical map of the James property and section of the Metacomet Trail in Simsbury.”

Discuss why one scale might be useful for certain purposes, but another might be better for other purposes.

Conduct a closer examination of the Tariffville Quadrangle map.

3. Review landform Background Vocabulary from the toolkit with students. Ask students to work in pairs or small groups to describe different landforms and explain how they might be either beneficial or disadvantageous during times of conflict using this Landforms During Conflict activity.

Have students work in pairs or small groups to define/describe the following land forms, locate a representative image of each, and identify how different landforms might be either beneficial or disadvantageous during times of conflict:

Students should present their work in small groups at the conclusion.

4. Ask students to complete this Historical Article Annotation. Students will compare and combine annotations at the conclusion of this activity.

Hike a portion of Metacomet Trail in Connecticut.

​​Watch King Philip’s War: The History & Legacy of America’s Forgotten Conflict, available as a downloadable video through many public libraries.