Slavery in Connecticut dates as far back as the mid-1600s. Connecticut’s growing agricultural industry fostered slavery’s expansion, and by the time of the American Revolution, Connecticut had the largest number of slaves in New England. After the war, new ideas about freedom and the rights of men brought about the movement to end slavery in the United States. In contrast to neighboring states, however, Connecticut emancipated its slaves very slowly and cautiously, claiming it wanted to ensure the process respected property rights and did not disrupt civic order. Connecticut passed the Gradual Abolition Act of 1784, but this act did not emancipate any enslaved persons, only those who would be born into slavery and only after they reached the age of 25. This gradual process meant that slavery in Connecticut did not officially end until 1848—long after many other Northern states had abolished the practice. 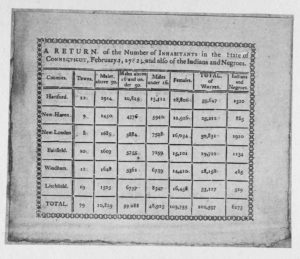 Document: Census – A return of the number of inhabitants in the State of Connecticut, 1782 – Library of Congress, American Memory 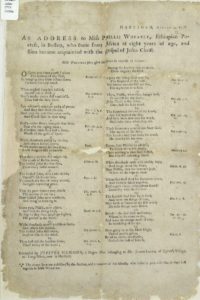 Document: An Address to Miss Phillis Wheatly composed by Jupiter Hammon, who endured life-long enslavement and became the first African American writer to be published in America, 1788 – Connecticut Historical Society 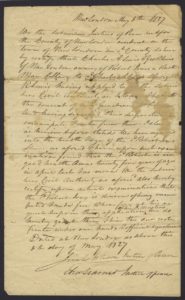 Document: Manumission of Robert Jones. Certificate of emancipation requested by Jones and applied for by his masters, Charles A. and George R. Lewis, New London, 1827 – Connecticut State Library, State Archives Document: Broadside – Barbarism, Who are now the savages? … addressing the persecutors of Prudence Crandall who opened a school for young black women in Canterbury, Connecticut, 1833 – Connecticut Historical Society Book: An illustration by John Warner Barber, “Death of Capt. Ferrer, the Captain of the Amistad, July 1839” from his book History of the Amistad Captives: Being a Circumstantial Account of the Capture of the Spanish Schooner Amistad, by the Africans on Board: Their Voyage, and Capture Near Long Island, New York, 1840, New Haven, Connecticut Document: Joseph Cinquez: the brave Congolese chief, who prefers death to slavery, and who now lies in jail in irons at New Haven, Conn. awaiting his trial for daring for freedom, 1839 – Connecticut Historical Society Document: Broadside – The Fugitive slave law printed in Hartford, Connecticut, ca. 1850. Includes a synopsis of the United States Fugitive Slave Law and is critical of the legislation – Library of Congress, American Memory 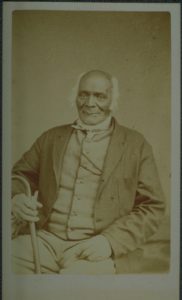 Book: Life of James Mars, a slave born and sold in Connecticut / written by himself, Hartford, Connecticut, 1866 – Library of Congress, American Memory Document: Democrats! Republicans! A Word with you about Negro Suffrage, by Oliver Ellsworth, 1869 – Connecticut Historical Society